What a day!  I went to a memorial service this morning and my 40th high school reunion this evening.  Here is what I learned…

My second cousin, Cordy Pinner, died recently.  She was always quite the character.  I didn’t actually get to know her until I was in high school, and then there was a pivotal time in my young life when she was like a mentor for me.  She loved being out in nature.  She took me camping and hiking and let me come and spend the night with her whenever I wanted (I was old enough to drive myself to Salem).  She spent countless hours telling me stories of her life, not all of which had been happy, but it had turned out alright in the end.  She listened to my early twenty something angst and advised me.  When I married we fell out of touch.  I hadn’t realized until last night that I was here in time to attend her memorial service.

A friend of Cordy’s had videotaped a couple interviews with her before she died and shared them with us.  In the second interview, Cordy had had a bad fall and three quarters of her face was black and blue, but she didn’t care about what she looked like.  She had a message that she wanted to convey to us: That faith in the Lord will carry you through any hardship in your life.  People testified to the fact that Cordy had been a spiritual advisor and had led silent retreats after I fell out of touch with her.  I hadn’t been aware of that about her.  She took the experiences of her life and used them for the good of others. 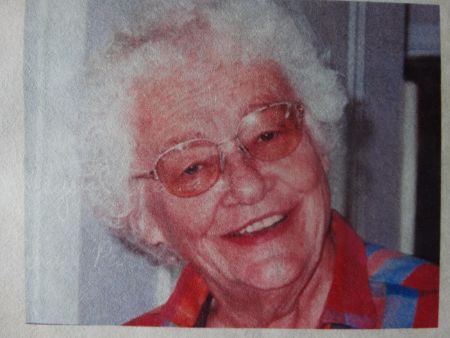 I had twisted my dear high school friend, Wendy Scharich’s, arm to get her to come to the high school reunion this evening.  She picked me up at Mom’s house and also picked up another woman named Sandy who knew how to get to where the reunion was being held.  I had attended my tenth high school reunion and it had been an awful experience because it made me feel how unpopular I’d been in high school.  I had gone with my toddler son and his father to show everyone I had finally been able to get someone to marry me and I had a child.  I had very low self-esteem then and no one seemed to want to talk to me.

This time Wendy would be there, and Cindy Jernigan who is married to the boss I had in Alaska last summer.  I had a backup in case no one else wanted to talk with me again.  I needn’t have worried.  I am a different person this time.  I didn’t sit and wait for people to come and talk with me.  I feel good about myself now so I went and talked with people whether I remembered them from high school or not.

And something interesting happened.  When I was in high school I was a “Jesus Freak” and although I was happy being that, I didn’t know very many people at school that were.  Tonight it seemed like many of us were crawling out of the woodwork.  We would drop hints to each other; “I came home from church the other day…” or “That’s great!  Isn’t God good?” or “My husband is a pastor and we…”  One woman had left the police force and become a hospital chaplain.  Another said she feels called now to teach Special Ed. 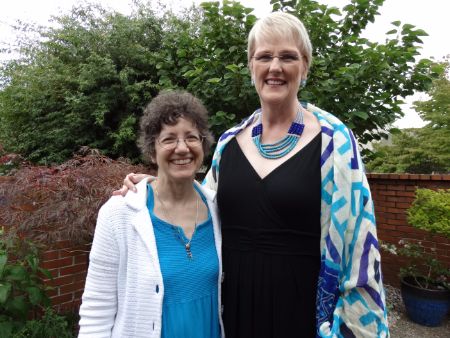 My best friend, Wendy Scharich, and me 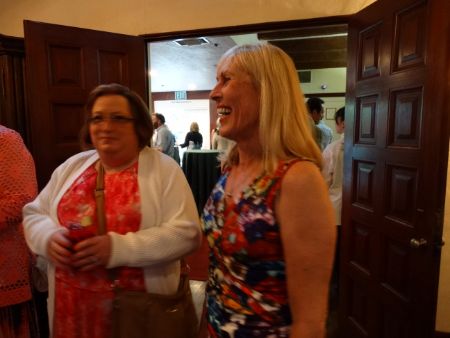 Cindy Jernigan on the right is married to Mike from Alaska.  She said she had promised to try to entice Mark and I to come back to Alaska next summer. 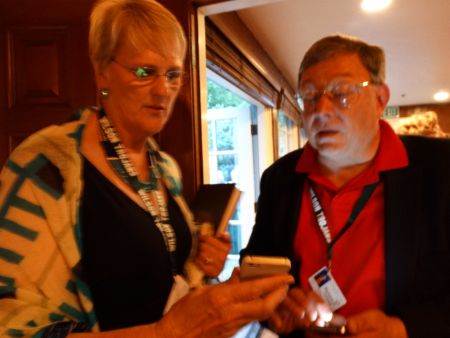 Wendy and Richard Caldwell comparing notes on their electronics. 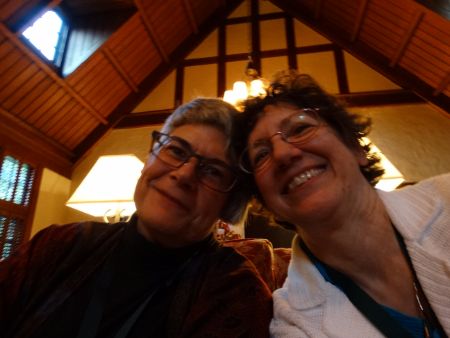 Me and Lesley Valentine whom I hadn’t seen since high school.  She’s planning to go into Special Ed. 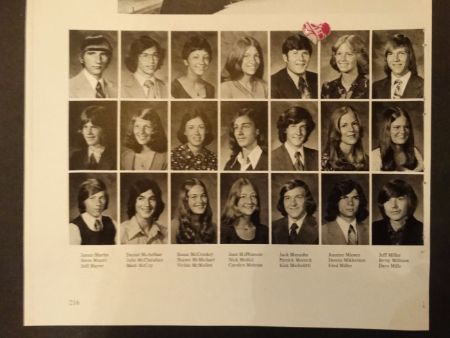 My high school picture: top row, third from the left 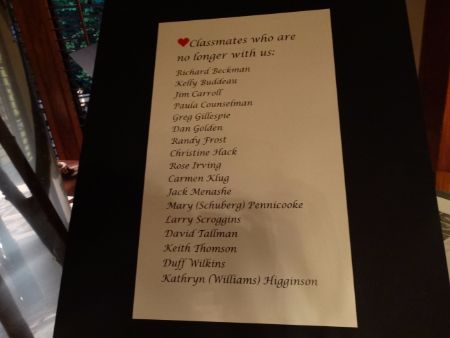 All our classmates who have died.

Still, there were a lot of empty conversations, a lot of posturing, a lot of drinking.  I had no clue as to who most of these old geezers were, and sometimes I couldn’t even remember their names from school.  There was a list of former classmates that are no longer alive.  A woman stumbled out into the parking lot and fell over.  I went to her and helped her get seated on the curb and asked if she was okay.  She was skunked.

Someone once said we lead lives of quiet desperation.  Cordy lived a life of quiet service.  The juxtaposition of the two events today has been such a stark contrast.  A life lived in Christ is a deep and joyful life of service.  It is not self-conscious, it doesn’t need to vaunt itself.  A life lived in Christ has worth because of the One who lives through it, who uses it to reach out to those in pain and bring them to the heart of God.  Cordy was such a person.  Rest in peace, Cordy!