I have been working at Williams-Sonoma for about two weeks now, and today I got my first paycheck.  It’s only for the first week I worked, but it’s about as much as I sometimes earned in a two week period at Wagon Trail Campground.  Of course, I had an easier job at Wagon Trail Campground and more beautiful surroundings and my bosses and co-workers were like family, so those perks were worth more than money to me.

My days at Williams-Sonoma vary.  Some days I mainly just unpack boxes and put them away.  Other days I help unload deliveries and have to run around doing a bunch of stock checks as well as unpacking boxes and putting them away.  Some days I come home tired; other days I come home nearly crippled and exhausted.  At least some part of every day I work with nice people.  At least some part of every day I work with some not so nice people.  And some days I work for an hour or two on my own.  Some days I feel like they are disappointed that I’m not working faster and haven’t learned where everything is already.  Other days I get thank yous from the sales associates or my boss, and occasionally even from a customer although I’m not on the floor very much.  Yes, the job is hard, but it’s only temporary.

In the meantime, Mark has been waiting for his job at UPS to start.  He spent a couple days helping Mom with some heavy yard work she needed done, made a fairly major repair on the RV, ran some errands, and finished up the requirements for his job at UPS.  Yesterday he went for orientation, and for the first time since 2007, he shaved his beard.  (UPS requires a clean shaven face and short hair.)  He received his new uniform as well, and he modeled it for me last night: 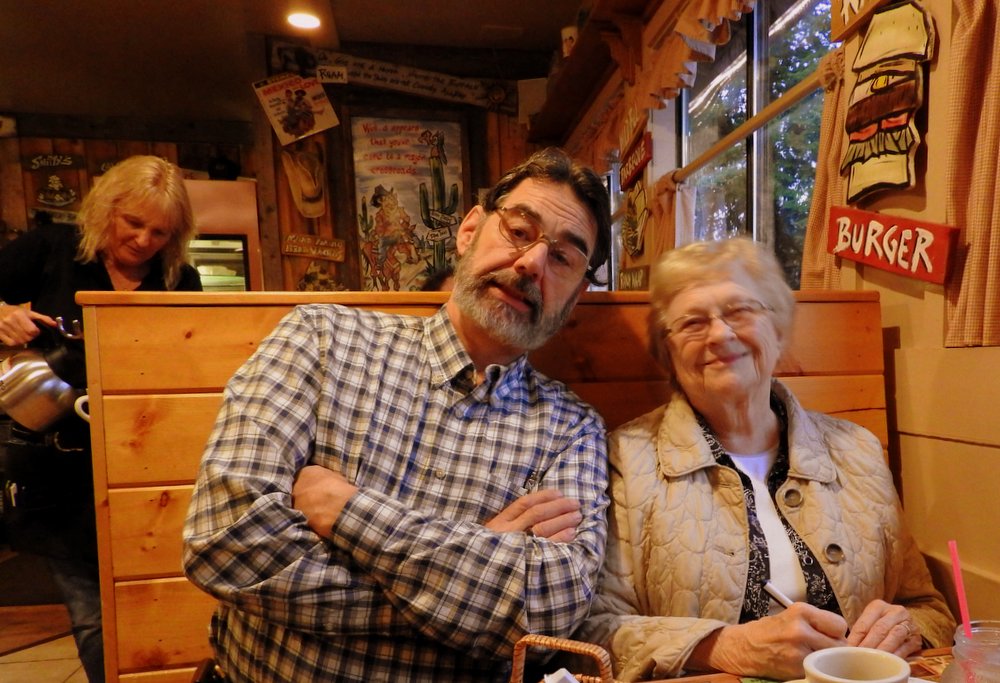 As a reminder, this is what he looked like just the day before.

Mark will finally be starting his new job on Monday.  He was told yesterday that what he’ll be doing is going to the train station every day and picking up shipment containers to bring back to UPS.  I don’t think he’ll actually be starting to do this on Monday, but he will be going through training for several days.

For those of you who are so inclined, your prayers for us would be greatly appreciated.  We would both like to do well at our jobs.