This morning we stopped in at Bob’s Body Shop on our way out of Glendive to have him remove the tape that was holding our windshield in place while the glue dried.  He told Mark to turn on the defrost and warm the windshield up to make sure the glue was set.  From Glendive to the border of North Dakota is about fifty miles.  We didn’t even make it out of Montana before a rock hit the new windshield and chipped it.  I really dislike Montana! 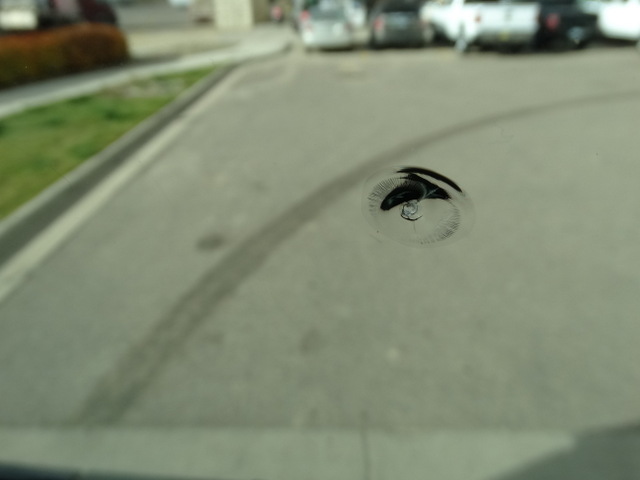 The chip in our brand new windshield >:-(

We went through the National Grasslands and then I began reading to Mark.  At Richardton he took an exit and said he had something he wanted to show me.  It was the world’s largest scrap metal sculpture.  He said he’d seen it on the side of the highway back when he was driving truck (never pulled off to see it close up himself) and thought that if he and I ever drove by, he’d like to take me to see it.  Isn’t he romantic? 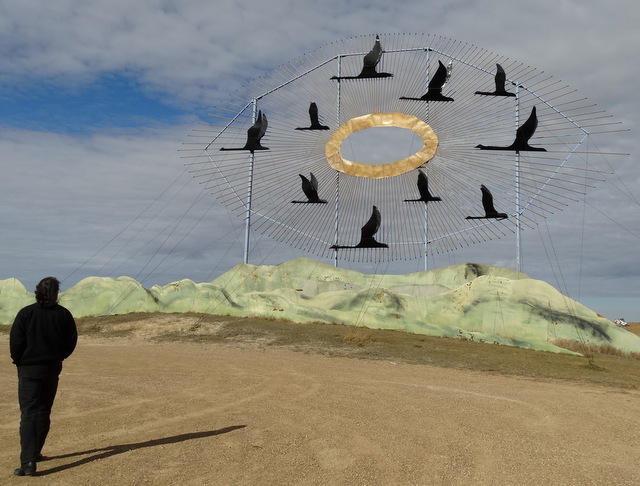 The largest scrap metal sculpture in the world 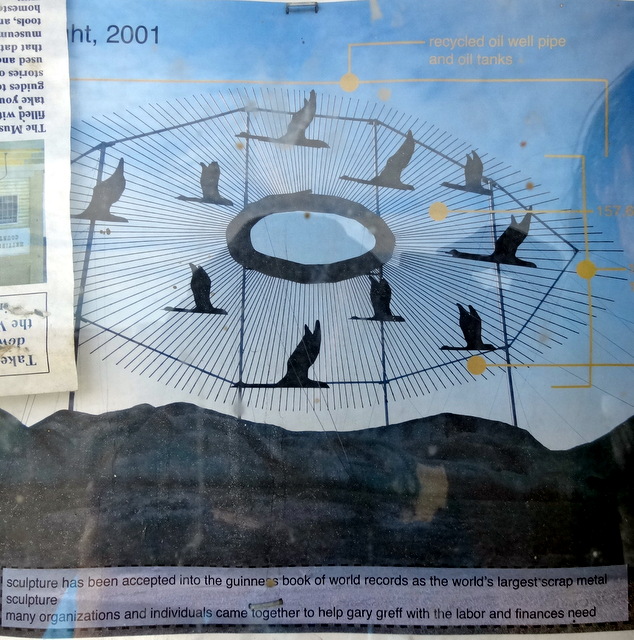 North Dakota likes to do things big.  On our atlas I saw that “Salem Sue: World’s Largest Holstein Cow” was listed, and as we drove by, we saw her on a hillside.  North Dakota also has the world’s biggest buffalo in Jamestown. 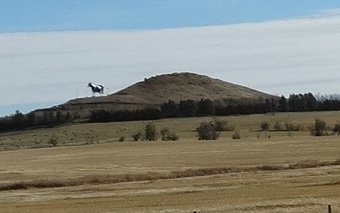 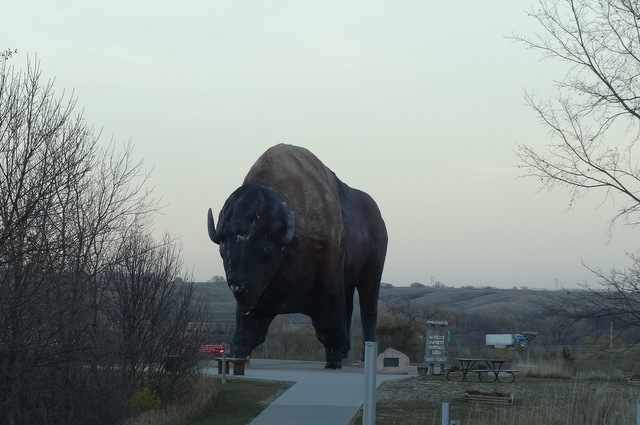 I had selected Jamestown as our stopping point for tonight purely based on the number of hours it would take to get here (we try to keep our trips down to five or six hours), and I had chosen Frontier Fort RV Park for our stop because it looked like it was the only one in our Good Sam book that would still be open through October.  I had no idea what a treat awaited us here.

After we got our RV set up we went for a walk down the road.  They have what looks like an old western town set up.  I’m betting in the summer this is a destination spot for people because they have an outdoor theater and all the buildings look like they would have displays in them.  However, the one building that fascinated me above all other’s was Louis L’Amour’s writing shack.  For those of you who aren’t familiar with him, he’s a very popular western writer.  Apparently Jamestown was his birthplace. 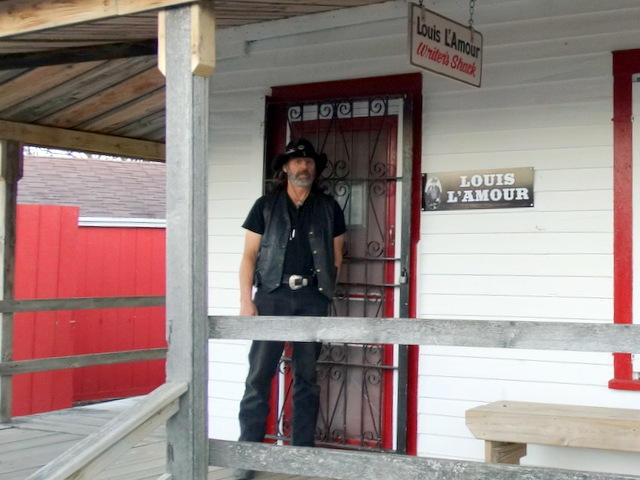 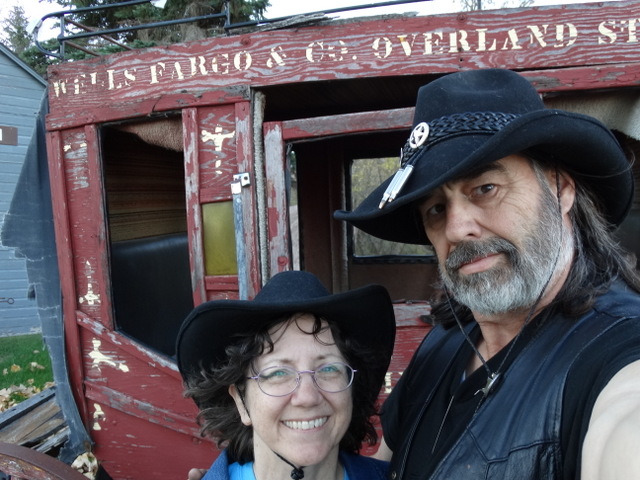 Selfie in front of an old stage coach